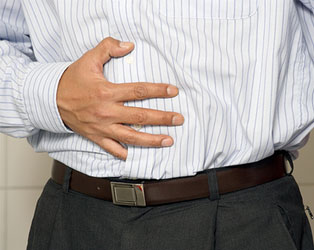 Case Study Among Two Drugs of PPI’S in Treatment of Peptic Ulcer in Selected Doctor Cabins and Hospitals of Ujjain city, M.P.

Peptic ulcer is a very common disease associated with almost in all ages due to several factors. The present work was conceived to correlate the efficacy of two major drugs (Omeprazole & Rabeprazole) of PPS’s in 5 Doctors cabins and 10 hospitals of selected area of Ujjain city.  Results of case study for a period indicates, total of 86 patient recorded with ulcer, out of which 21 (24.41%) are female and 65 (75.58%) are male patients. Further results shows, treatment of PU by Omeprazole are 38.09 % (8 female patients) & 24.61% (13 male patients) whereas Rabeprazole is 61.90% (13 female patients) & 75.58% (65 male patients). The use of Rabeprazole in both the sex is much higher than the Omeprazole, it may be because of faster acid suppression and Gastric mucin synthesis, whereas, the male patient are higher than females patient is due to high intake of alcohol, smoking and chewing tobacco. Thus, all these finding are mentioned in present communications.

The whole 3 pages article is available for download here.

Drug utilization studies are powerful exploratory tools to ascertain the role of drugs in society. These studies create a sound socio-medical and health economic basis for healthcare decision making. Peptic ulcer disease is one of the common GI disorders in clinical practice. The common form of peptic ulcer (PU) are duodenal ulcer, gastric ulcer, stress ulcer and NSAID induced ulcer. PU occurs mostly in areas which are bathed by the acid juice. In certain individuals there is a constitutional tendency of hyper secretion of gastric juice and acid. As this tendency persists even after the ulcer heals, there is a tendency to recurrence. H. pylori causes continuous gastritis in majority of person whose GI tract it colonies. It causes mostly PU and is strongly implicated in the pathogenesis of gastric carcinoma and gastric lymphoma.

The whole 3 pages article is available for download here.