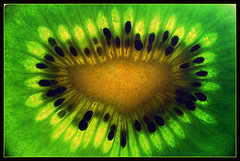 Nanoparticles (NP) are defined as particles with a diameter smaller than 100 nm, are increasingly used in different applications, including drug carrier systems and to pass organ barriers such as the blood-brain barrier. Because of their unique properties Nanocrystals (quantum dots) and other nanoparticles (gold colloids, nanobars, dendrimers and nanoshells) have been receiving a lot of attention for potential use in Therapeutics, Bioengineering and therapeutics drug discovery.

The whole 17 pages article is available for download here.

The use of nanotechnology in medicine and more specifically drug delivery is set to spread rapidly. Currently many substances are under investigation for drug delivery and more specifically for cancer therapy. Interestingly pharmaceutical sciences are using nanoparticles to reduce toxicity and side effects of drugs and up to recently did not realize that carrier systems themselves may impose risks to the patient. The present paper deals with all these aspects of NP.

In nanotechnology, a particle is defined as a small object that behaves as a whole unit in terms of its transport and properties. It is further classified according to size: in terms of diameter, fine particles cover a range between 100 and 2500 nanometers, while ultrafine particles, on the other hand, are sized between 1 and 100 nanometers. Similar to ultrafine particles, nanoparticles are sized between 1 and 100 nanometers. Nanoparticles may or may not exhibit size-related properties that differ significantly from those observed in fine particles or bulk materials. Nanoclusters have at least one dimension between 1 and 10 nanometers and a narrow size distribution. Nanopowders are agglomerates of ultrafine particles, nanoparticles, or nanoclusters. Nanometer-sized single crystals, or single-domain ultrafine particles, are often referred to as nanocrystals. Nanoparticle research is currently an area of intense scientific interest due to a wide variety of potential applications in biomedical, optical and electronic fields. Nanoparticles play an important role in a number of these applications. "NPs," which in general terms are defined as engineered structures with diameters of < 100 nm, are devices and systems produced by chemical and/or physical processes having specific properties. The reason why nanoparticles (NP) are attractive for such purposes is based on their important and unique features, such as their surface to mass ratio, which is much larger than that of other particles and materials, allowing for catalytic promotion of reactions, as well as their ability to adsorb and carry other compounds.

The composition of the engineered nanoparticles may vary. Source materials may be of biological origin like phospholipids, lipids, lactic acid, dextran, chitosan, or have more "chemical" characteristics like various polymers, carbon, silica, and metals. The interaction with cells for some of the biological components like phospholipids will be quite different compared to the non biological components such as metals like iron or cadmium. Especially in the area of engineered nanoparticles of polymer origin there is a vast area of possibilities for the chemical composition. Although solid NPs may be used for drug targeting, when reaching the intended diseased site in the body the drug carried needs to be released. So, for drug delivery biodegradable nanoparticle formulations are needed as it is the intention to transport and release the drug in order to be effective. However, model studies to the behavior of nanoparticles have largely been conducted with non-degradable particles. Most data concerning the biological behavior and toxicity of particles comes from studies on inhaled nanoparticles as part of the unintended release of ultrafine or nanoparticles by combustion derived processes such as diesel exhaust particles.

The whole 17 pages article is available for download here.