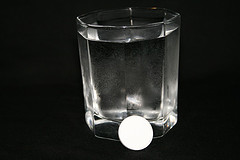 The present investigation concerns the development of mucoadhesive tablets of Tramadol Hydrochloride which were designed to prolong the gastric residence time after oral administration. Tablets of Tramadol Hydrochloride were formulated using four mucoadhesive polymers namely guar gum, xanthan gum, HPMC K15M and HPMC K100M and carried out studies for its evaluation parameters. Formulations F15 and F16 containing polymers of Xanthan gum, HPMC K100M and HPMC K15M were established to be the optimum formulation since it shows optimum bioadhesive force, swelling index & desired evaluation standards. Further investigations are needed to confirm the in vivo efficiency, long term stability studies are needed to stabilize the controlled released formulations.

Extensive efforts have been focused on targeting a drug or drug delivery system in a particular region of the body for extended period of time, not only for local targeting of drug but also for better compliance of systemic drug delivery. The concept of mucosal adhesive or mucoadhesive was introduced into the controlled drug delivery area, in the early 1980. Mucoadhesive are synthetic or natural polymer, which interact with the mucus layer covering the mucosal epithelial surface, and mucin molecules constituting a major part of mucus. The concept of mucoadhesive as alters many investigator to the possibility that this polymer can be used over come physiological barrier in long-term drug delivery. They render the treatment more effective and safe, not only for topical disorder but also for systemic problems.

Tramadol is not a nonsteroidal antiinflammatory drug (NSAID), and does not have the increased risk of stomach ulceration and internal bleeding that can occur with the use of NSAIDs. Tramadol and its O-desmethyl metabolite (M1) are selective, weak OP3-receptor agonists. Opiate receptors are coupled with G-protein receptors and function as both positive and negative regulators of synaptic transmission via G-proteins that activate effector proteins. As the effector system is adenylate cyclase and cAMP located at the inner surface of the plasma membrane, opioids decrease intracellular cAMP by inhibiting adenylate cyclase. Subsequently, the release of nociceptive neurotransmitters such as substance P, GABA, dopamine, acetylcholine and noradrenaline is inhibited. The analgesic properties of Tramadol can be attributed to norepinephrine and serotonin reuptake blockade in the CNS, which inhibits pain transmission in the spinal cord. The (+) enantiomer has higher affinity for the OP3 receptor and preferentially inhibits serotonin uptake and enhances serotonin release. The (-) enantiomer preferentially inhibits norepinephrine reuptake by stimulating alpha(2)-adrenergic receptors.

Tramadol is rapidly and almost completely absorbed after oral administration. The mean absolute bioavailability of a 100 mg oral dose is 75%. Administration with food does not significantly affects its rate or extent of absorption; therefore, it can be administered without regard to the meals. Steady state is achieved after two days of a 100mg four times daily dosing regimen of Tramadol. The plasma half life of the tramadol was 5 - 7 hours. Binding to human plasma proteins is ~ 20%.