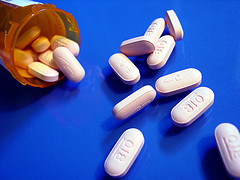 The term ‘Sustained Release' is known to have existed in the medical and pharmaceutical literature for many decades. Sustain release has been constantly used to retard the release of therapeutic agent such that its appearance in the circulation is delayed and/or prolonged and its plasma profile is sustained in duration. The onset of its pharmacological action is often delayed and duration of therapeutic action is sustained.

The whole 31 pages article is available for download here.

The object of sustain release of drug, in a general way is to modify the normal behaviour of drug molecule in a physiological environment. It can lead to the following.

Initially the ultimate criterion for a sustain release tablet is to achieve a blood level and the drug comparable to that of liquid product administered every 4 hrs. To this end prolong release dosage forms are designed to release the drug so as to provide a drug level within the therapeutic range for 8 to 12, with a single dose rather than a dose every 4 hrs.No prolonged drug forms have without disadvantages. Since gastrointestinal tract is not uniform. In certain individuals if drug release in higher concentration very fastly, they experience toxic or exaggerated response. If drug release was more slowly then not receive proper benefit of response was seen. This is especially true for older people whose gastrointestinal tract is less active than that of the younger. Also liberation is slow, there is danger of accumulation of the drug after several days resulting in high blood levels and a delayed exaggerated response.

The whole 31 pages article is available for download here.