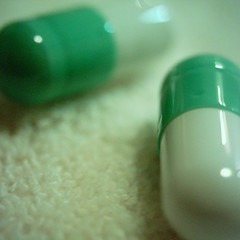 Oral drug delivery has been known for decades as the most widely utilized route of administration among all the routes that have been employed for the systemic delivery of drug via various pharmaceutical products of different dosage forms. The reasons that the oral route achieved such popularity may be in part attributed to its ease of administration belief that by oral administration of the drug is well absorbed.

The whole 21 pages article is available for download here.

All the pharmaceutical products formulated for systemic delivery via the oral route of administration irrespective of the mode of delivery (immediate, sustained or controlled release) and the design of dosage forms (either solid dispersion or liquid) must be developed within the intrinsic characteristics of GI physiology, pharmacokinetics, pharmacodynamics and formulation design is essential to achieve a systemic approach to the successful development of an oral pharmaceutical dosage form. Sustained release system includes any delivery system that achieves release of drug over an extended period of time. If the system at maintaining constant drug level in the blood of target time, it is considered a controlled release system. If it is unsuccessful at this but nevertheless extends the duration of action over that achieved by conventional delivery, it is considered a prolonged release system.

The basic rationale for sustained and controlled drug delivery is to alter the pharmacokinetics and pharmacodynamics of pharmacological active moieties by using novel drug delivery system or by modifying the molecular structure and physiological parameters inherent in the selected route of administration. It is desirable that the duration of drug action becomes more a design property of a rate controlled dosage form and less or not at all a property of the drug molecules inherent kinetics properties. Thus optional design of controlled release systems necessitates a thorough understanding of the pharmacokinetics and pharmacodynamics of the drugs2.

Over the past 30 years, as the expense and complication involved in marketing new entities have increased with concomitant recognition of the therapeutical advantages of controlled drug delivery, greater attention has been focused on development of sustained or controlled drug delivery system. Sustained release technology is relatively new field and as a consequence, research in the field has been extremely fertile and has produced many discoveries. With many drugs, the basic goal is to achieve a steady state blood level that is therapeutically effective and non-toxic for an extended period of time. The design of proper dosage form is an important element to accomplish this goal. Sustained release, sustained action, prolonged action, controlled release, extended action, timed release and depot dosage form are term used to identify drug delivery system that are designed to achieve prolonged therapeutic effect by continuously releasing medication over an extended period of time after admininisatration of a single dose. In the case of oral sustained released dosage form, an effect is for several hours depending upon residence time of formulation in the GIT.

The whole 21 pages article is available for download here.